Since 2010 Clallam MRC has provided paid internships to high school and college students to work with scientists and other professionals on current environmental projects. For the last four years, the internships have been tied into the four major categories of Clallam MRC’s projects: nearshore, water quality, marine species, and education & outreach. 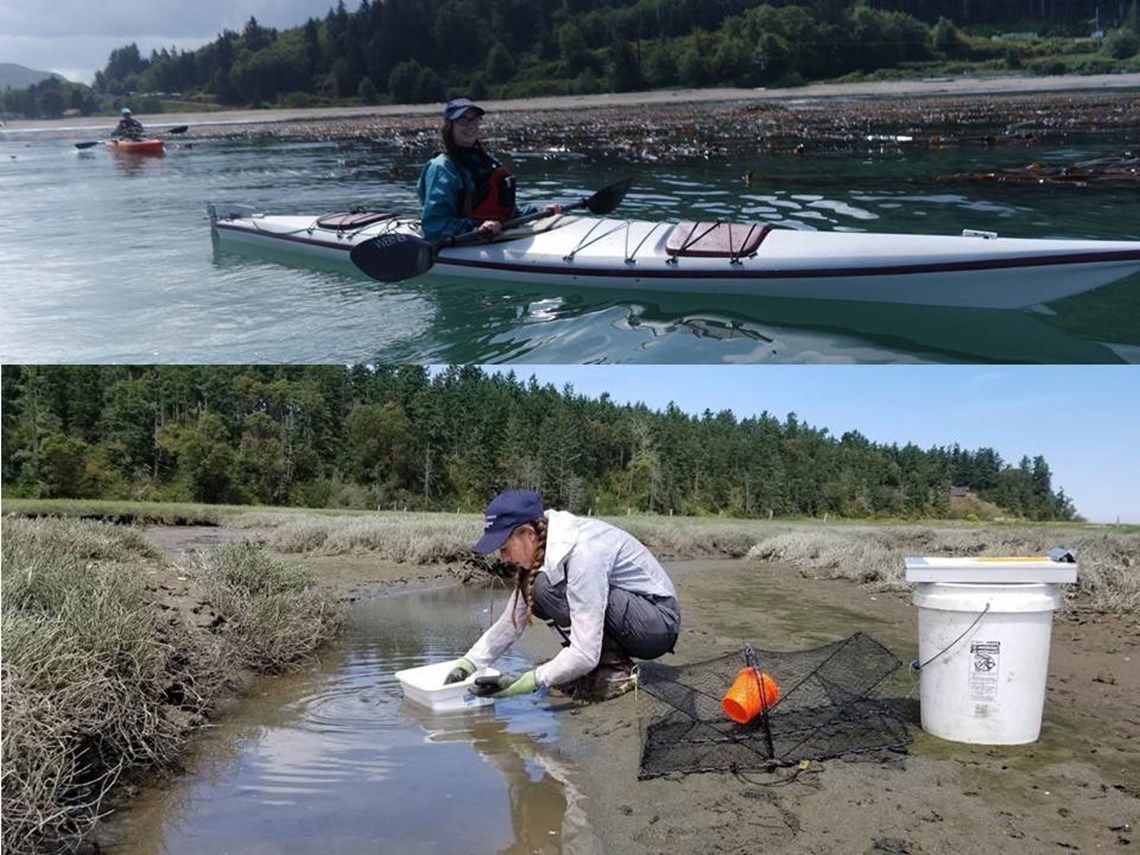 In 2019 the Clallam MRC sponsored five internships. One of the internships was offered in collaboration with Jamestown S'Klallam Tribe. The students were Alisandra Baccus, Alisa Taylor, Shae Pozarzycki, Raven Sharpe, and Makena Merideth. Through the summer months they worked on the following projects:

On August 19th three interns shared information on their internship projects with 20 local residents at the Feiro Marine Life Center.  Alisa Taylor presented on the kayak-based kelp surveys conducted at three locations along the Strait of Juan de Fuca. Alisandra Baccus presented on the Olympia oyster restoration effort in Sequim Bay and her participation in the monitoring effort for the invasive European green crab. Finally Raven Sharpe informed the public about the educational outreach to recreational crabbers and she invited the audience to participate in a game and learn how to "catch more crabs." 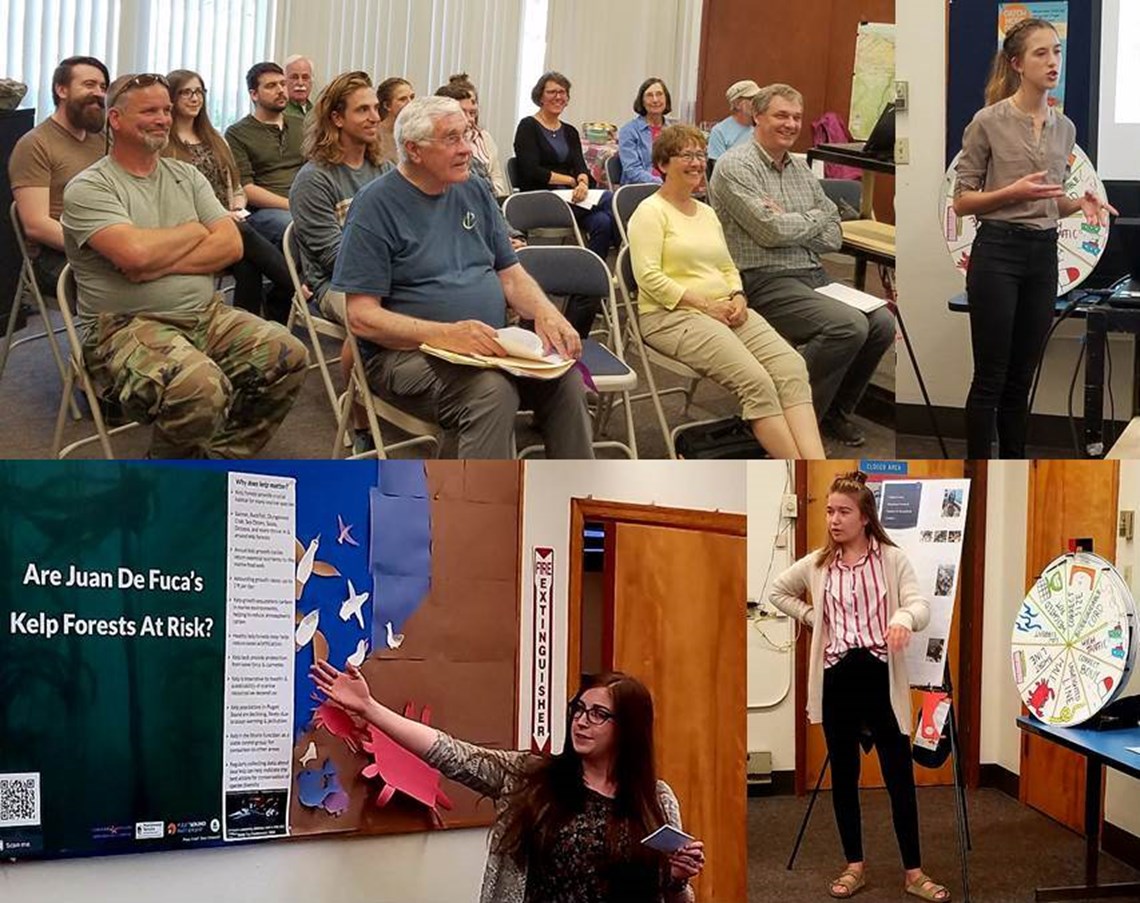 In 2018 the Clallam MRC expanded the program through funding from the Northwest Strait Foundation to sponsor seven interns. The expansion was made possible through collaboration with the Jamestown S’Klallam and the Makah Tribes. The students were Lael Butler, Kennedy Cameron, Collin Boe, Rylan MacDonald, Cole Svec, Christopher Reis, and Griffin Hoins. During the public Intern Celebration event August 20th the students presented their projects to more than 40 local residents at Feiro Marine Life Center. 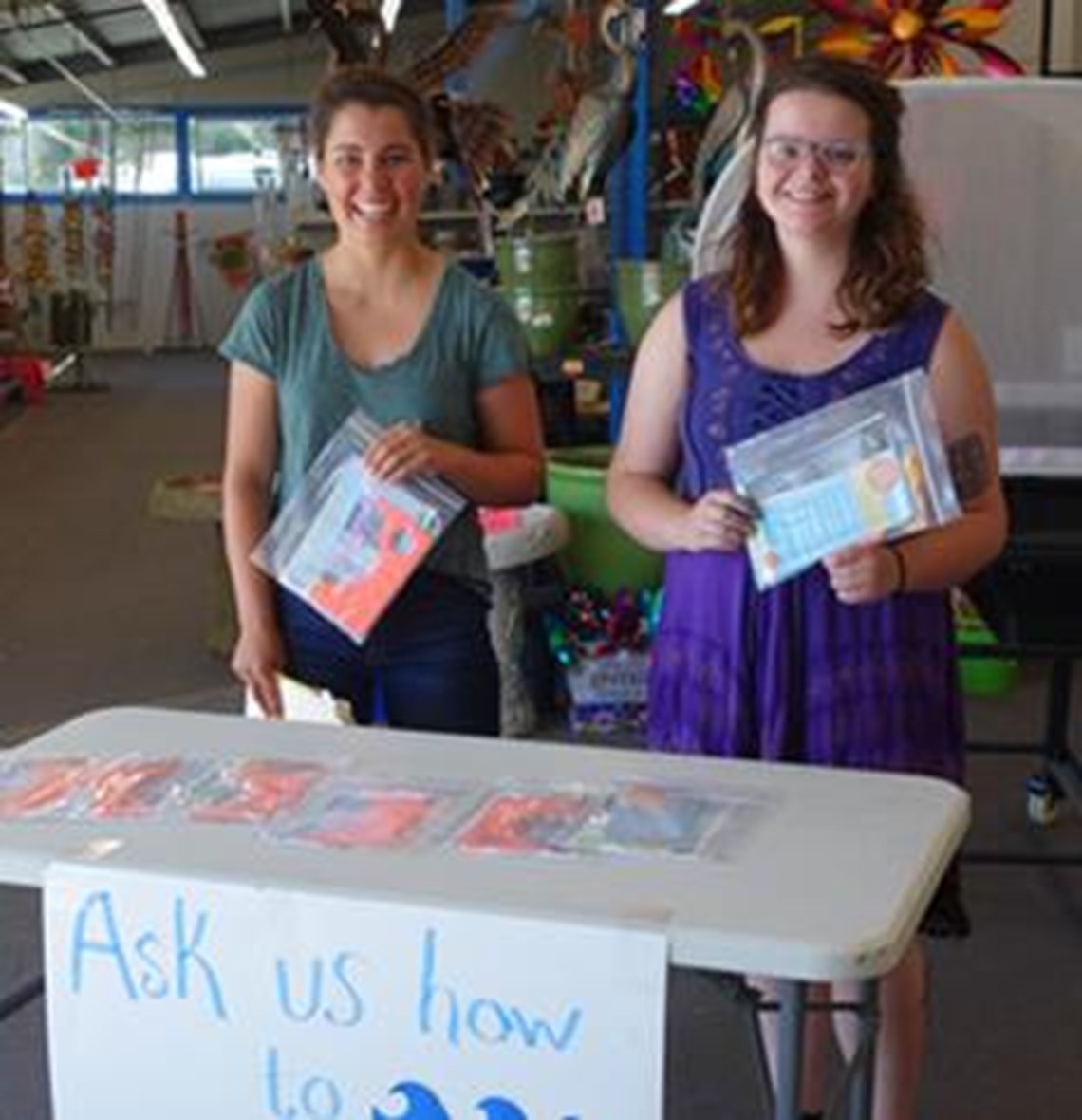 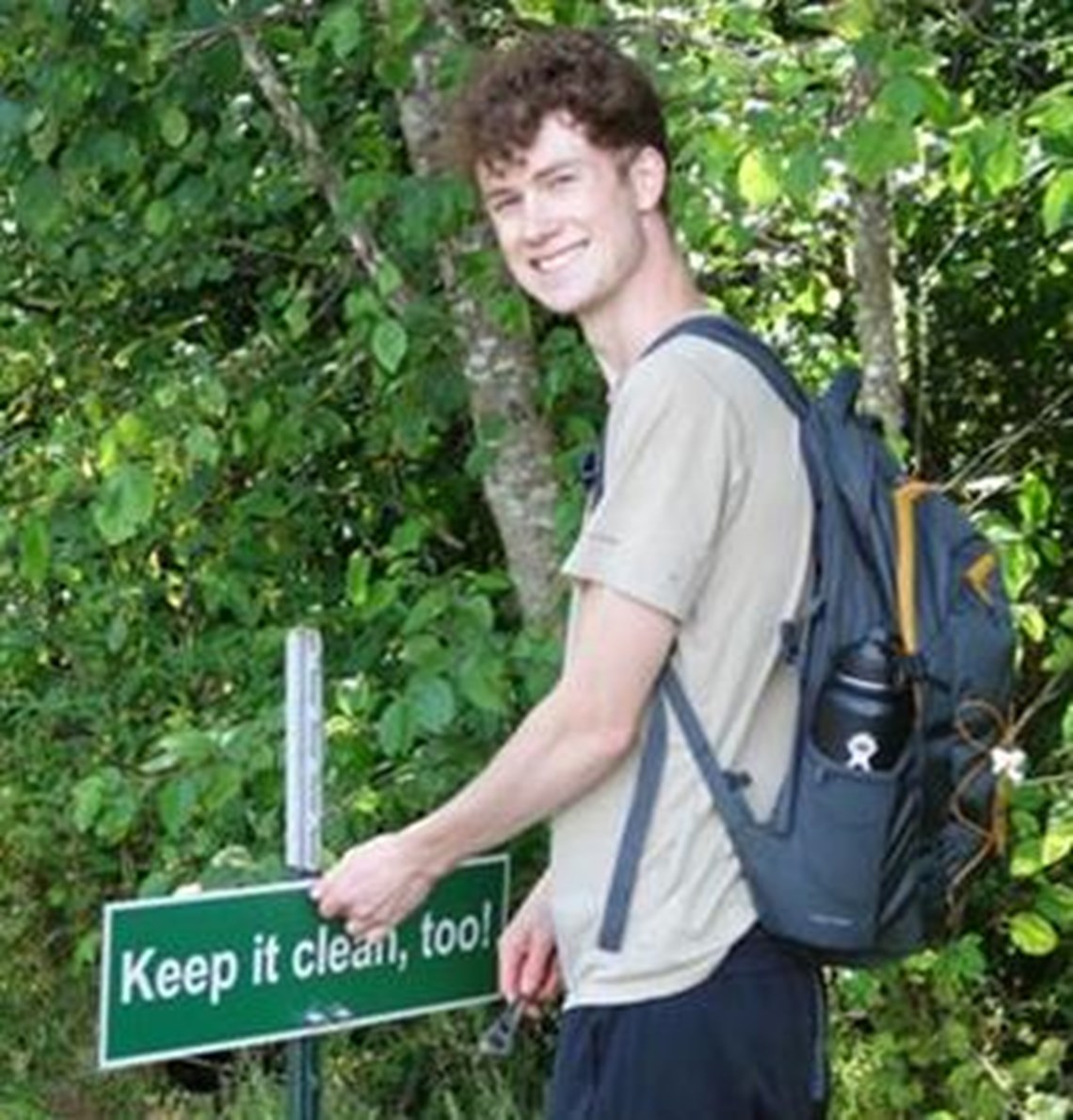 The student conducted 26 surveys of people and dog usage of the Elwha estuary area. Part of the internship was to evaluate the use of signage in educational outreach. The internship also included performing pet waste surveys along the access path. 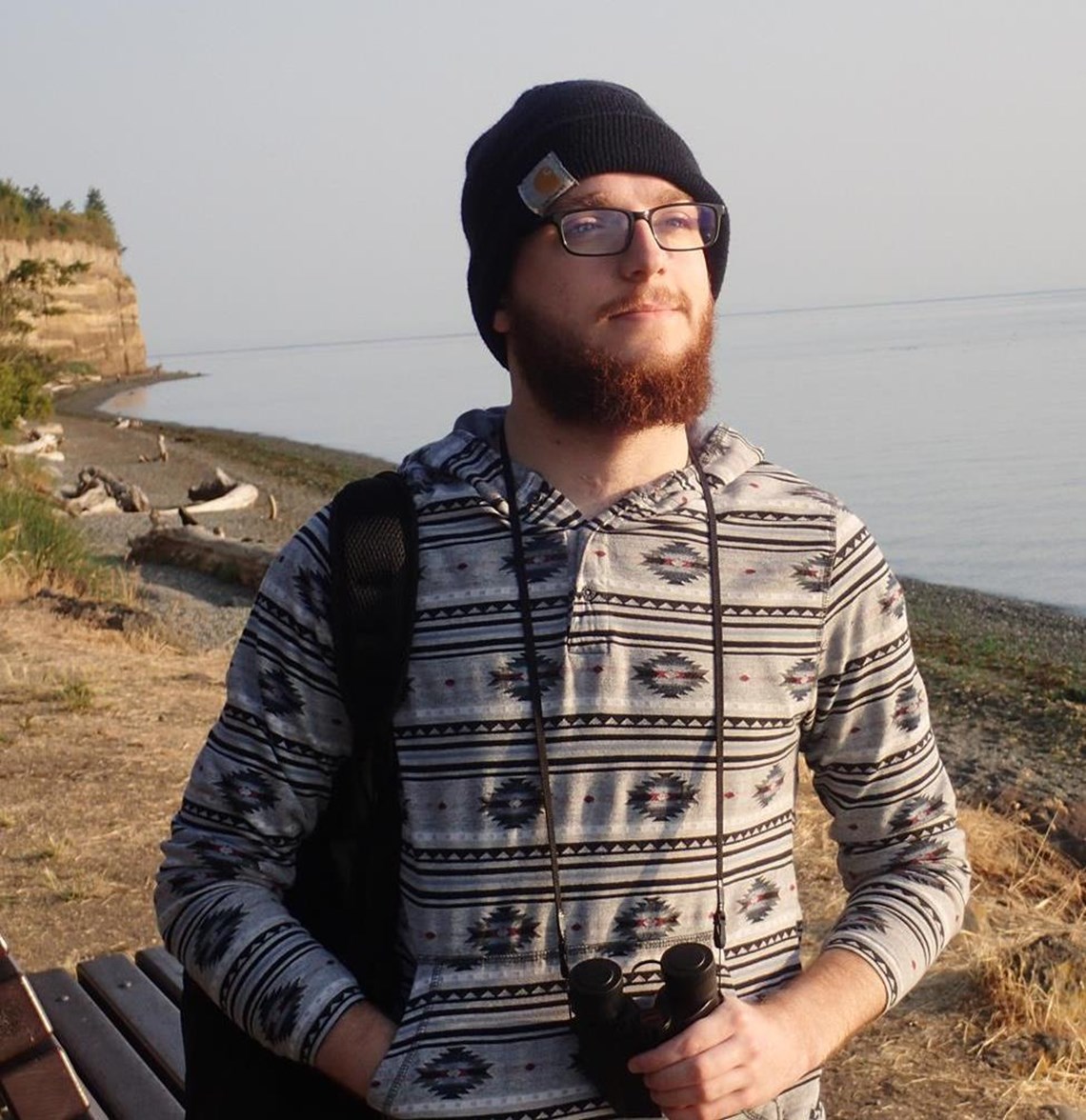 The student conducted numerous breeding surveys along the Strait of Juan de Fuca and ensured that the data collected by all volunteer surveyors was uploaded correctly into the regional database managed by Island MRC. 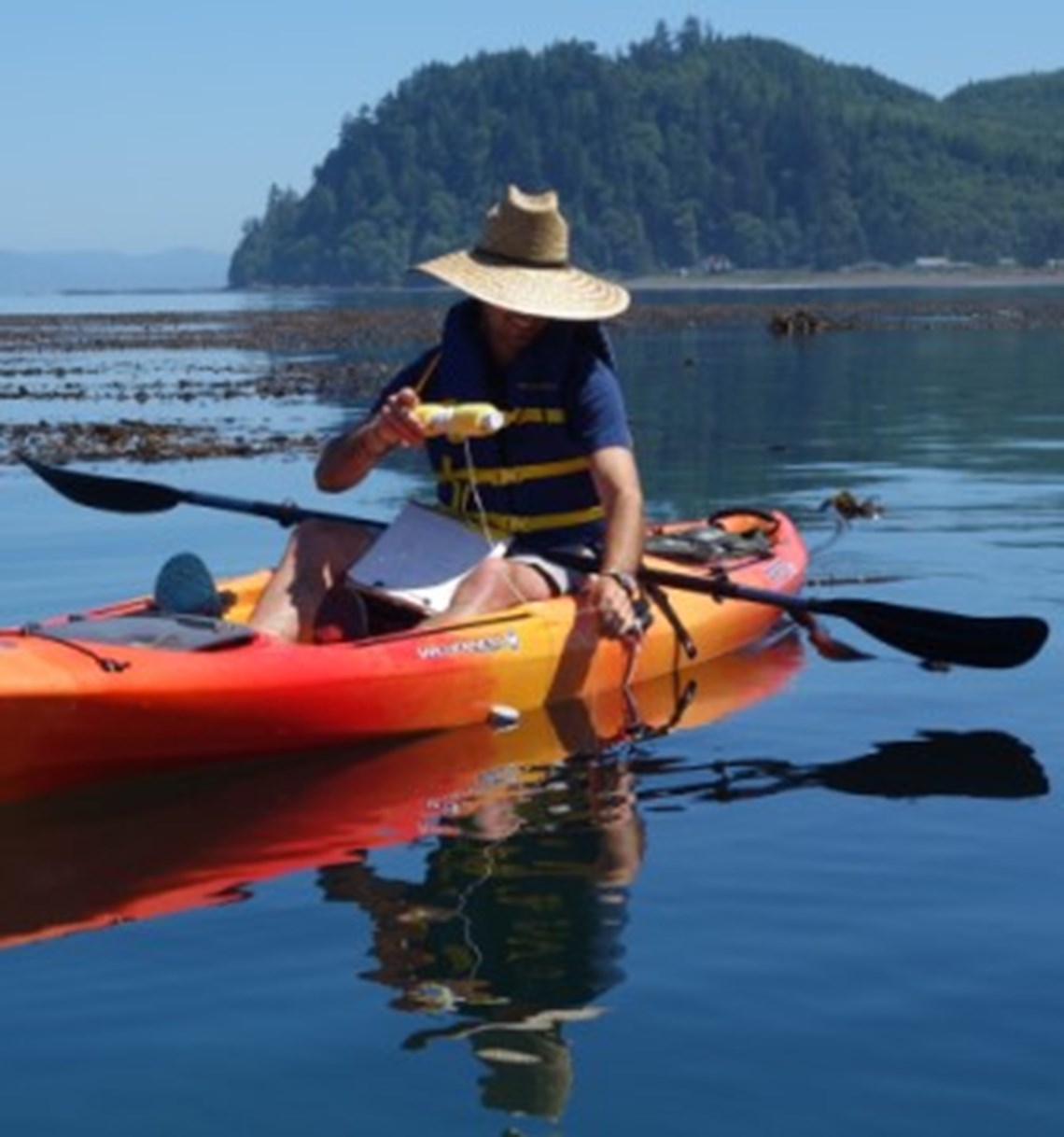 The student participated in three kayak-based kelp surveys in Clallam and Freshwater Bay. As part of the surveys the student explored collction of plankton samples. The internship was a continuation of last years efforts and the kelp surveys are part of a larger project led by the Northwest Straits Commission. 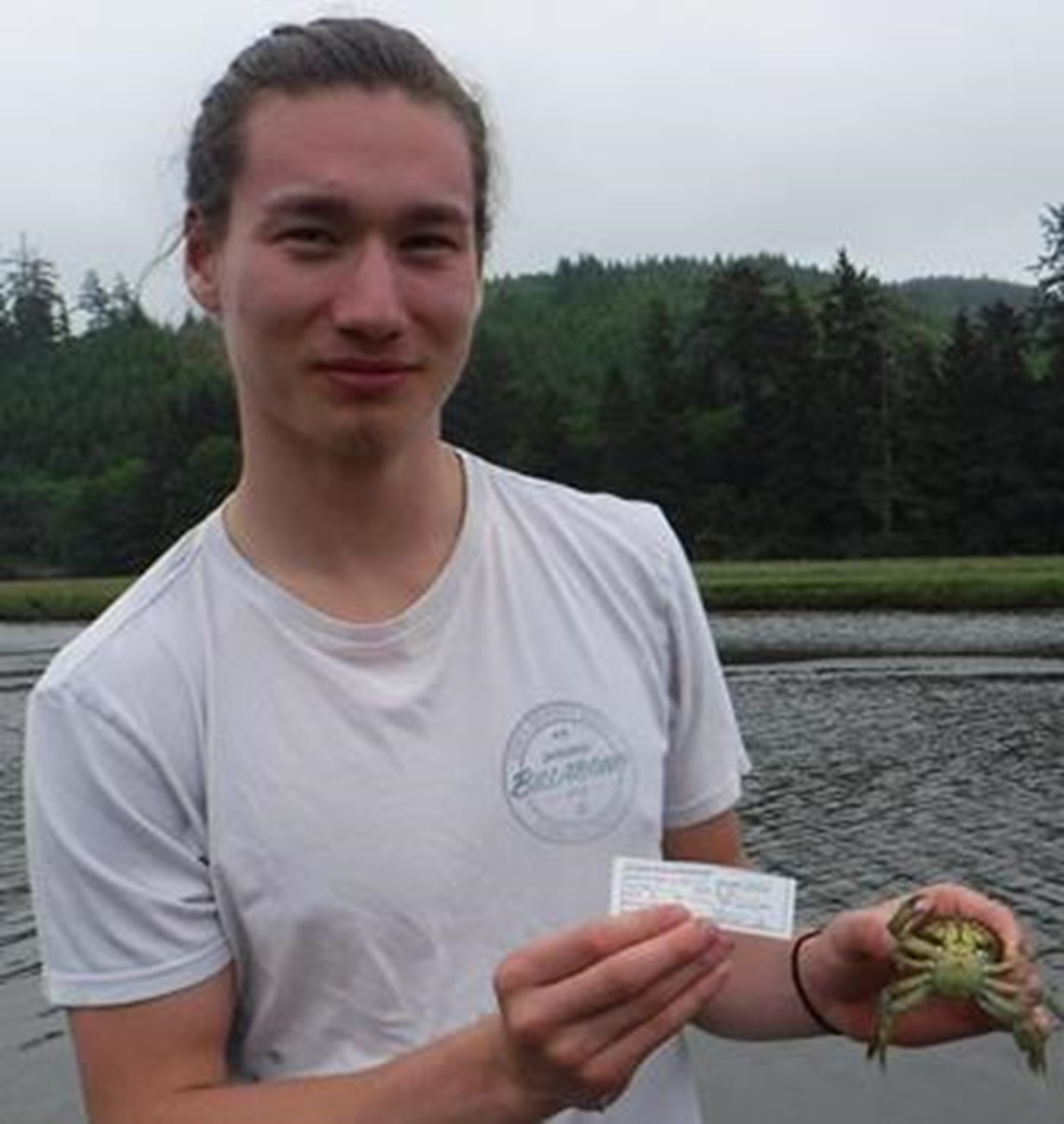 The student participated in the intensive trapping effort conducted by the Makah Tribe in the Wa’atch and Tsoo-Yess rivers and along the shore of Neah Bay. The trapping effort included setting and recording the catch in 60 minnow and Fukui traps twice a month. 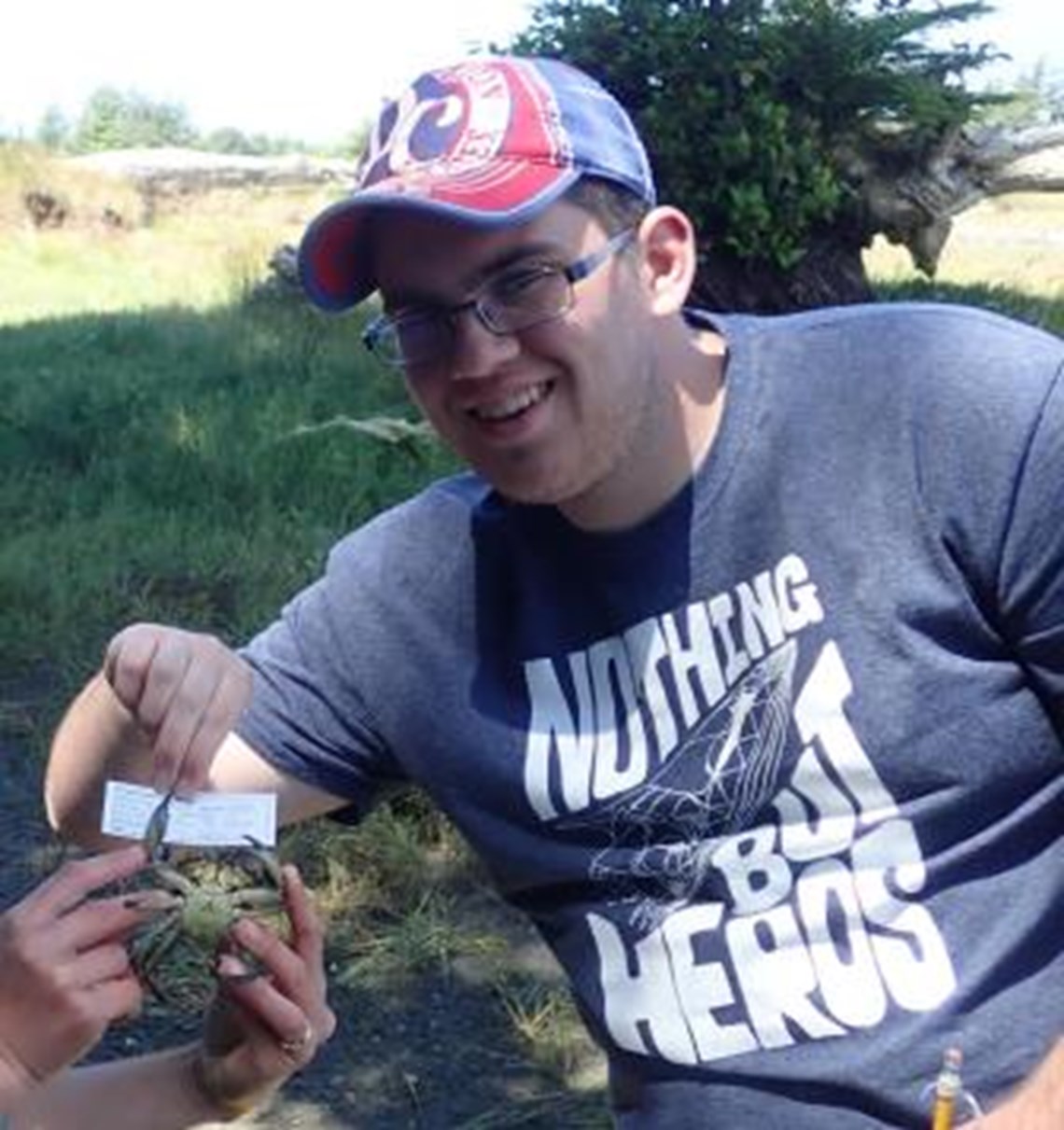 In 2017 three interns completed the internship and on August 28th they presented their projects at Feiro Marine Life Center during the public Intern Celebration event. Twenty-five local residents came to the event and asked each presenter a lot of good questions. The 2017 intern projects included: 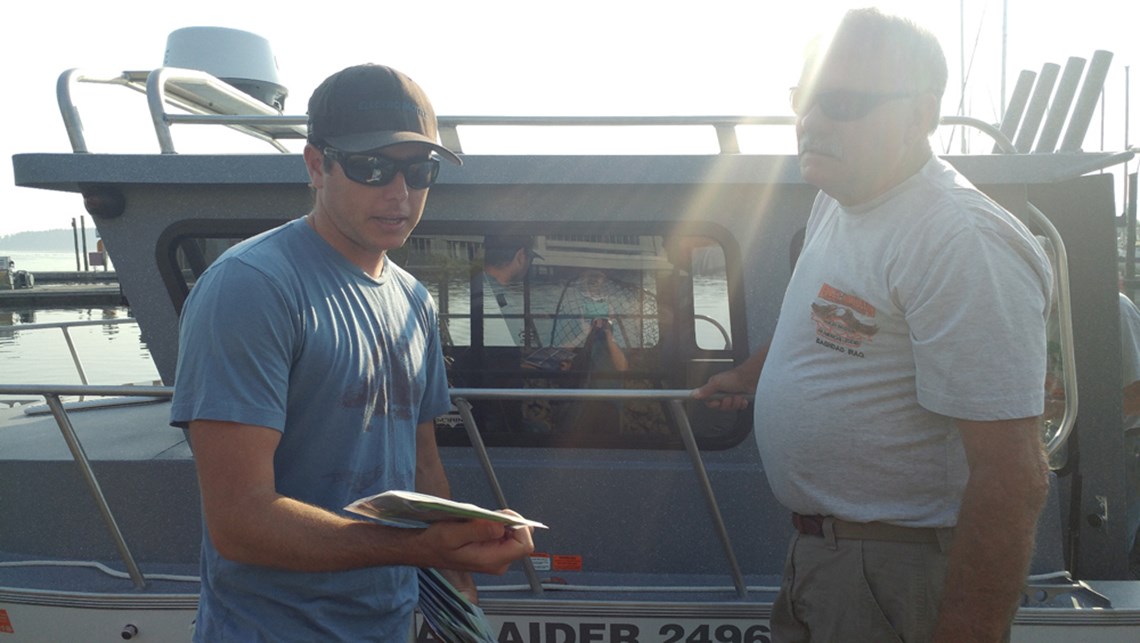 The student in collaboration with the longer-termed intern organized and participated in educational outreach events to recreational crab fishers in Clallam County. The effort also included distributing educational information through local stores. This project is part of a larger outreach effort led by the Northwest Strait Initiative. 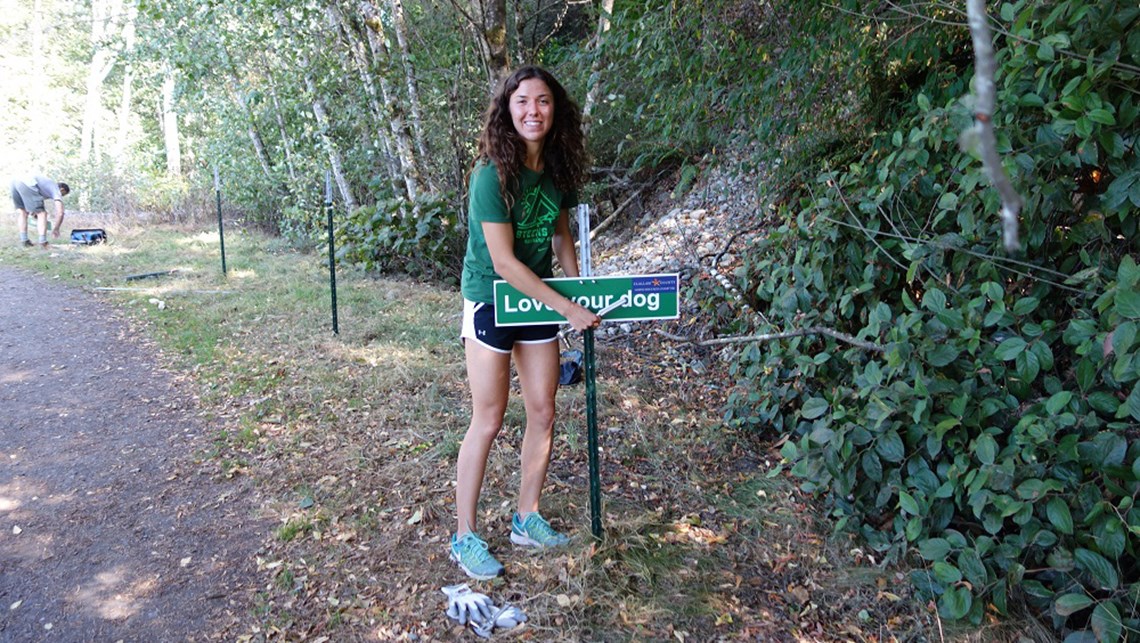 The student conducted 11 surveys of people and dog usage of the Elwha estuary area. The internship also included performing educational outreach about the impacts of pet waste and free-running dogs and a marine debris cleanup after July 4th. One of the outcomes of the internship was the installation of four signs displaying a verse encouraging dog owners to pick up after their dogs. 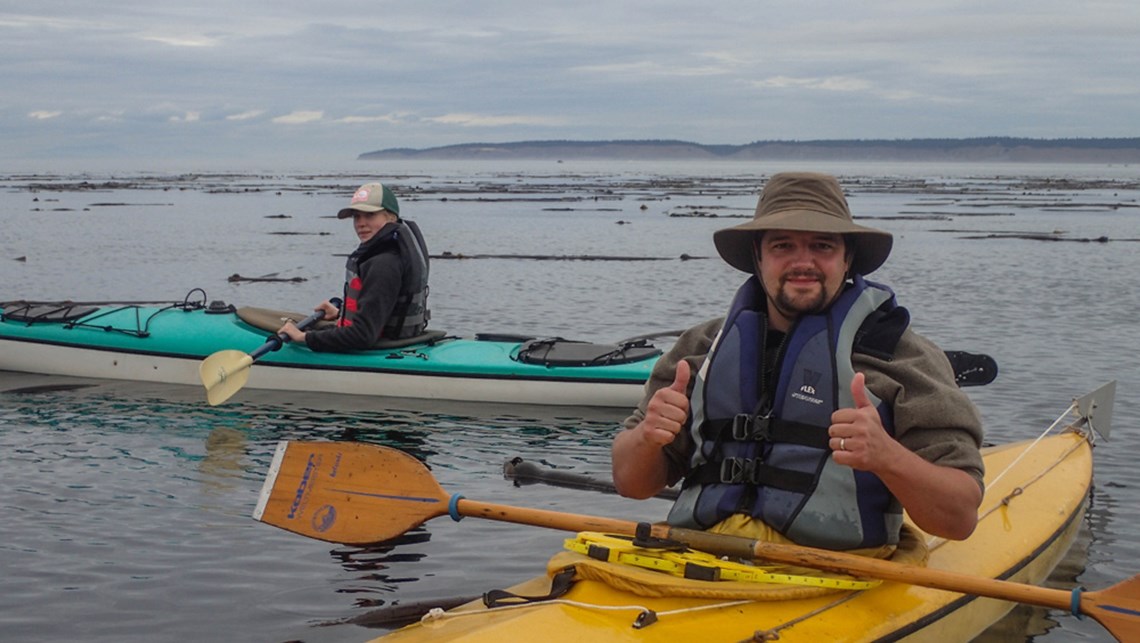 The student organized and participated in four kayak-based kelp surveys in Clallam and Freshwater Bay. The internship was a continuation of last years efforts and the kelp surveys are part of a larger project led by the Northwest Straits Commission. 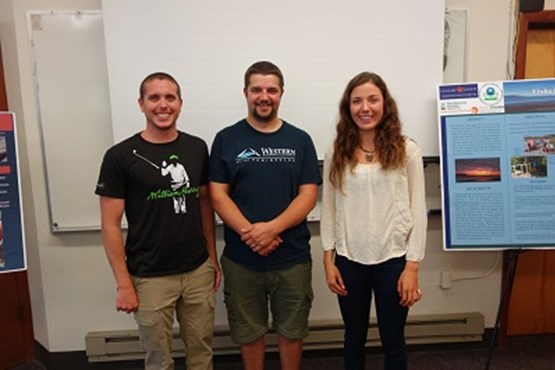 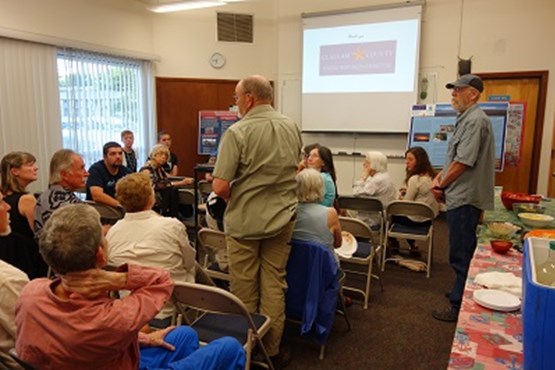 In April 2017 Clallam MRC hired Shannon Weaver as our Crabber Outreach Intern. The internship ran through September and focused on educating recreational crabbers in proper fishing techniques to avoid losing crab pots. The 2017 crabbing season ran between July 1st and September 4th and during that time Shannon and one of Clallam MRC summer interns, Joshua Davis, visited boat ramps from Neah Bay to John Wayne Marina near Sequim to hand out information about proper fishing techniques. The internship was part of a larger effort #catchmorecrab lead by the Northwest Straits Initiative.