Since its inception the Clallam MRC has been involved in removing debris from our marine waters. In the early 2000s the focus was on derelict fishing gear, but as that effort was taken over by Northwest Straits Foundation the Clallam MRC focused on marine debris removal along the shores of the Strait of Juan de Fuca. In 2008 the Clallam MRC began partnering with local organizations, state and federal agencies and other MRCs to form a network of citizen volunteers to carry out marine debris removal projects. The goal of the effort was to improve marine habitats, increase public awareness of marine debris sources and to reduce the amount found on local beaches.

The Washington CoastSavers was established in 2007 and in the early years focused on marine debris removal along the Pacific Coast. In 2015 CoastSavers asked the Clallam MRC if they would help organize the removal of marine debris along the Strait of Juan de Fuca for the Earth Day Celebration in April and the International Coastal Cleanup in September. The effort included staffing five locations along the Strait from Clallam Bay to Dungeness Spit to register volunteers, distribute garbage bags and ensure the marine debris was taken to the landfill. Since 2016 more than 1,000 volunteers have removed more than 3.5 US tons of marine debris along the Strait. The Clallam MRC provided funding for dumpsters at Clallam Bay, garbage bags, and gloves. Many co-sponsors and volunteers also contributed to these events. Because CoastSavers and its other partners have taken on the cleanup efforts along the Strait of Juan de Fuca Clallam MRC in 2019 decided to refocus their effort on removal of derelict fishing gear in partnership with the Northwest Strait Foundation. For more information see the derelict fishing gear removal project. If you are interested in volunteering for cleanup events, Earth Day and ICC, check the CoastSavers website. 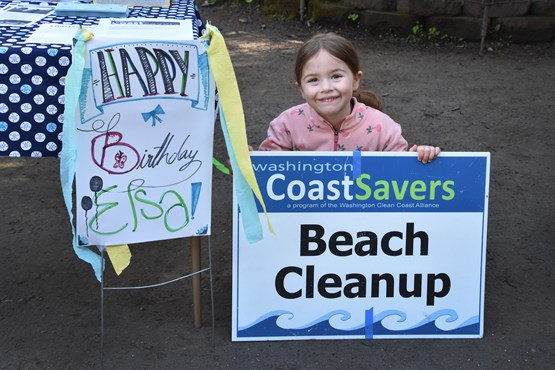 Birthday girl wanting "to do something good for the animals." 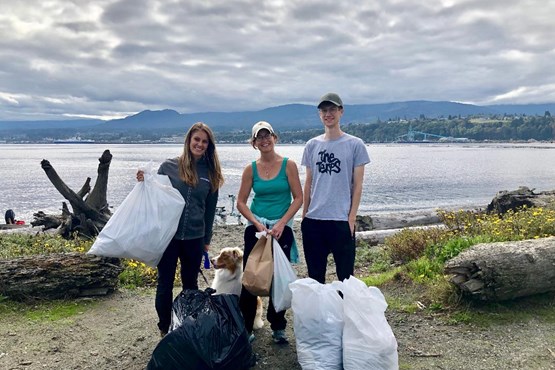 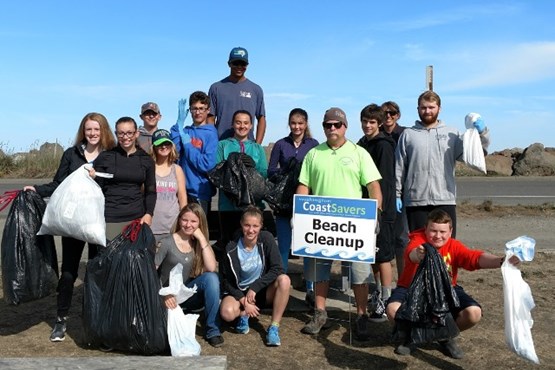 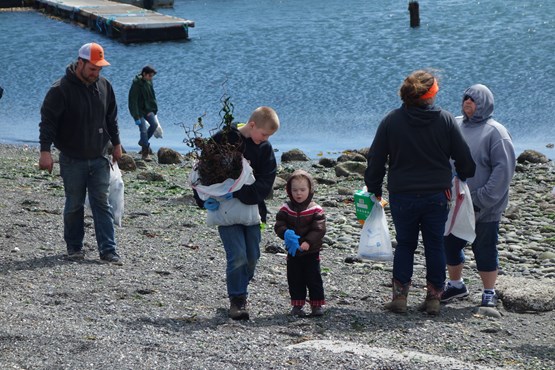