The pigeon guillemot is considered an indicator species of nearshore health, since this bird feeds heavily on forage fish and other small marine creatures it catches by diving beneath the surface. In May and June, pigeon guillemots lay eggs and by end of June, the birds are busy providing fish for the juveniles in the burrows.

In 2016 the pigeon guillemot survey project was initiated in collaboration with Island MRC and Olympic Peninsula Audubon Society.  Each survey consists of one hour monitoring of the breeding colony before 9 am, one day a week from June through September. The number of survey sites each year depends on the number of volunteer surveyors.

The 2017 monitoring of breeding colonies got underway in early June and the effort was expanded to six areas in Clallam County including Panorama Vista, Port Williams, Dungeness Spit, McDonald Creek, Port Angeles, and Bachelor Rock in Freshwater Bay. The bluff at Port Williams was very long and required five monitoring sites. The 10 colonies were surveyed by 25 volunteers.

The initial survey effort covered five sites near Sequim of which two were located at Dungeness Spit and three at Port Williams. The weekly surveys were conducted by 14 volunteers. 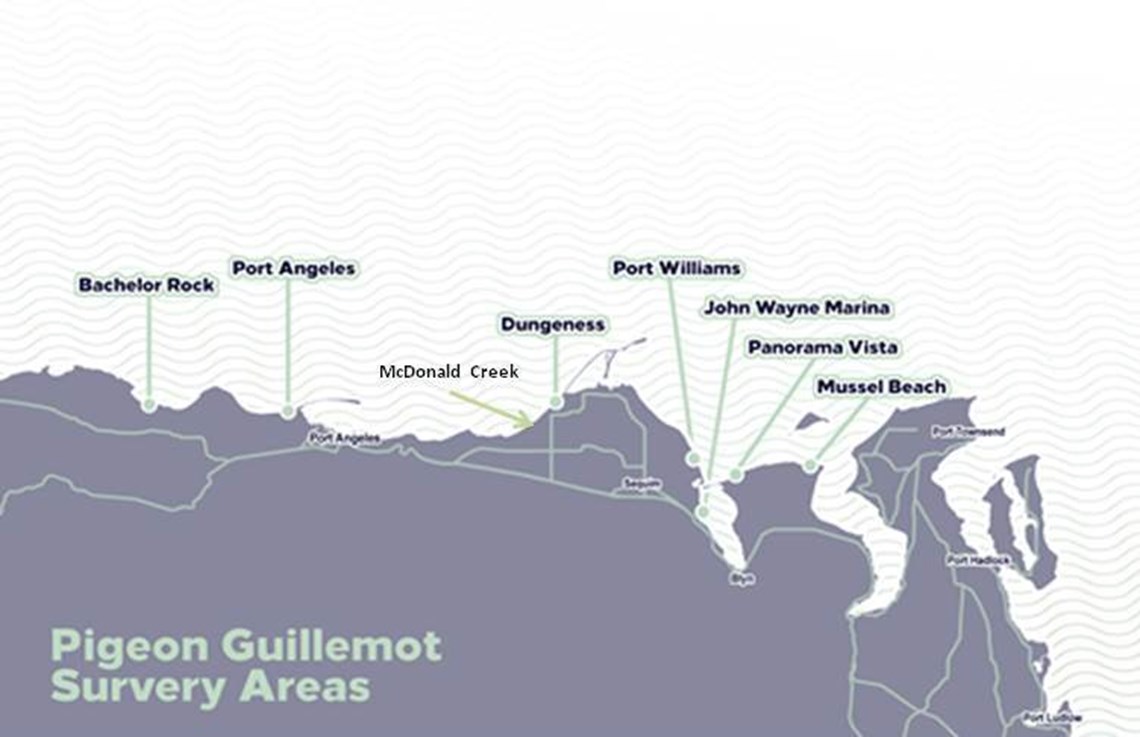 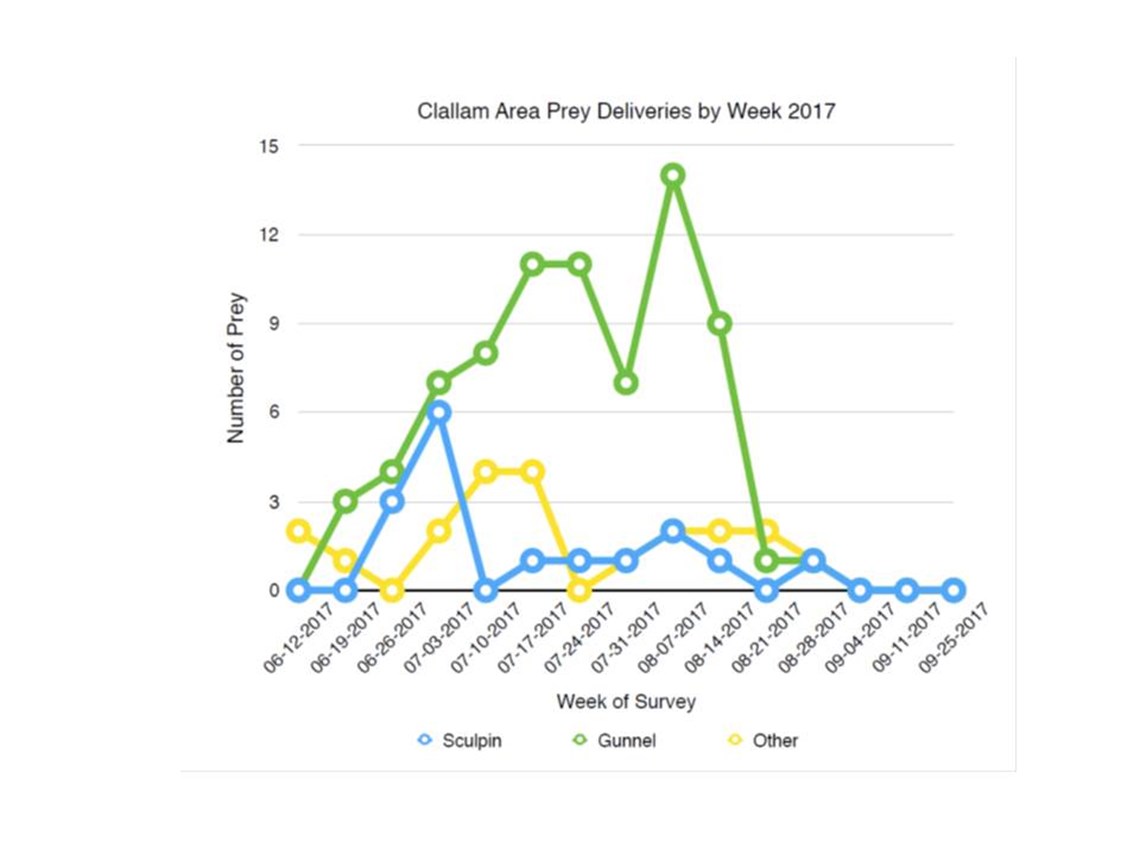